While pursuing your academic interests, you’ll have to make a lot of choices. In today’s tech-driven world, such decisions include the best gadgets and software to utilize in your processes. With an extensive pool to choose from, the process might be a lot more challenging than you could initially anticipate, especially if you are working on a tech project such as programming. You’ve probably invested in a reliable gadget, meaning that the hardware part is out of the way, but what’s the best software? In the modern IT world, where open source is the buzzing concept, among the options with proven value and an ideal solution for a range of needs is Ubuntu. As a student, the open-source operating system offers a range of benefits that makes it a go-to for your programming needs. If you haven’t given it a thought, here is why students should opt for Ubuntu for programming.

Your wallet is a significant consideration while financing your academic quests, and as you choose the best software, you have to consult it to ensure that you get the value of your money. Among the top reasons students should use Ubuntu for programming is that it is free. Downloading and installing it won’t cost you a dime, and it gets better; you also gain access to Ubuntu Software Center,  a free source of a range of software you might need for your programming quests.

The cost-effectiveness doesn’t stop there; Ubuntu is an easy maintenance solution. This means that you won’t have to spend a fortune acquiring a cutting-edge device to use. With low-spec and old machines, you can still use Ubuntu’s full features to address your programming needs, making it an ideal solution. As a student, you won’t have as much money, and with Ubuntu, you have one less item to worry about as it won’t cost you a fortune to acquire and maintain.

Keeping up with the rapidly evolving technology can prove to be challenging. Apart from supporting even the least advanced machines, Ubuntu offers a versatile environment that facilitates smooth programming. Its support of emerging technologies makes it a breeze for students. From machine and deep learning to artificial intelligence, among other developments, Ubuntu is packed with tutorials, examples, and libraries that can help you to integrate the advancements in your programming endeavors seamlessly. With easily accessible development tools and readily available support for the new versions of the free, open-source platforms and software, your quests to ensure that your programming pursuits are up to date, using cutting edge innovations won’t be a hassle, a significant reason to choose Ubuntu over any other OS.

Some people view Ubuntu as a hard to use OS, but it is a lot easier than other options. The best part is that it is highly customizable. You can tweak a lot to fit your unique taste and preferences compared to other OS that limits your options or makes it harder to customize various concerns to your liking. You also get enough support to navigate the field, as Ubuntu boasts of an extensive community on multiple avenues, making it easier to get the needed help. From the installation process, customization to including other concerns such as video drivers, Ubuntu is described as Linux for human beings due to its ease of use.

Security is a significant concern, especially in the modern IT world that’s swarming with unsavory folks targeting unsuspecting users. While there have been lesser cases of security breaches, Ubuntu isn’t immune to attacks. Nonetheless, it is a lot stable, built from its kernel up that prioritizes operating technique addressing pitfalls that the not-so-tech-savvy users might fall into, exposing them to a range of breaches. Ubuntu isn’t characterized by numerous malware and Trojans that can prove challenging in your programming quests, a security edge that makes it easier for students to address their needs comfortably. The best part is that you won’t have to invest in pricey antivirus to keep Ubuntu running safely. The built-in virus protection and firewall provide enough security, ensuring that you are protected without installing additional software. This saves you more time and money, making it an ideal solution for students.

A clean user interface is perhaps among the top winning points f opting for Ubuntu over other Linux platforms.  Most Linux distribution’s setups aren’t that clean, a concern that can derail your quests. While built on Gnome Shell, Ubuntu offers a clean interface that makes it more comfortable, even for new users, to navigate. It won’t take you long to understand the layout, and with user-friendly features, you will be on your way to effective programming within no time.

How annoying is it when you have to sit and wait for OS to install to carry on your quests? Ubuntu doesn’t subject you to such concerns, as you can run Ubuntu as Live without installing. You can even bring Ubuntu with your pen drive, and along with other files you need for your programming quests, boot and use it in a different workstation. That’s not all; unlike some OS that forces you to restart after updates, Ubuntu installs them in the background. This eliminates the distraction, not to mention saves time, especially when you spend some time off your machine, necessitating a range of updates. In such a situation, it could take some time, say half an hour or more, if your internet connectivity isn’t fast and stable, but with Ubuntu, you can carry on as the updates install in the background.

As a student, you have to weigh a solution’s effectiveness to meet your needs before making the final pick. Ubuntu offers a lot of admirable features that can dramatically improve your programming quests. Should you need help along the way, you can leverage its community to get going. You can also enlist professional services such as from Homeworkdoer to address challenging programming projects. With such practical assistance and the free, responsive, and resourceful pool provided by Ubuntu, you are a step closer to furnishing your programming requirements and enjoying a smooth learning experience. 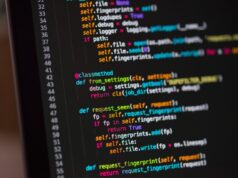 Should You Use Python 2 For Web Programming? 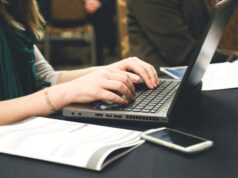 5 Things All Top Software Development Companies Have in Common 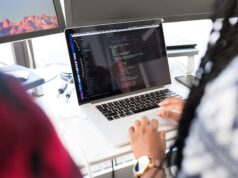 Is It Smart To Hire Software Developers From Singapore in 2022