There is a lot of people talking about TikTok choosing Oracle instead of Microsoft. Now, if you did some research online, you probably already noticed that the entire tech partnership between these two major companies has been an interesting one. Before we get into the reasons why TikTok chose Oracle, you’ll need to know a little bit about the background of the deal.

During the beginning of September, Donald Trump – the president of the United States – has given TikTok two options when it comes to protecting the privacy of American citizens – they can either entirely stop operating in America or they can choose to become partners with a home tech firm. And, since the platform is incredibly popular all over the world, they got a lot of offers.

Among all the other offers, Microsoft and Oracle were the well-known companies that showed interest in purchasing the platform. But, both of the companies had different plans and deals that they offered. Microsoft offered to buy the company and the value they offered is said to be an astonishing one.

But, on the other hand, Oracle managed to keep their options open. And this is why they agreed to become partners with the company, instead of buying it. Why? Well, since TikTok managed to gain millions of users worldwide, it would be a crazy decision if they just sold the firm. Hence, they chose to allow Oracle to control the business operations and to assist as the user numbers grow.

However, Oracle has never dealt with a social media platform, which is why you might be wondering – but, why did they choose this company instead of Microsoft that has worked on different games and social media platforms? Well, there are some pretty good reasons and this is exactly what we’ll discuss in this article today. Let’s take a closer look at the 7 reasons:

One of the first reasons why TikTok has chosen this particular company is because they offer a wide range of tools, services, and architecture that assists companies with moving their business to the cloud. Hence, enterprises all over the world can easily improve their automation, and more importantly, they’ll have built-in security which means that they can easily avoid external threats.

2. They Can Support Almost All Long-Term Strategies

Since the cloud platform offered by the company is innovative and second-gen, it is basically designed to provide companies with security, predictability, and support in reaching their desired goals. It provides computing, storage, databases, and networking, all of which can help businesses with their long-term strategies.

As mentioned, more and more people sign up for TikTok on a daily basis, some of which opt for using apps such as TikFuel. Because there are a lot of new users that try to gain as many followers that they can, there is also a lot of data that must be proceeded and stored properly.

This is where Oracle steps in since it offers autonomous data warehouses and transaction processing. Hence, all of this means that TikTok can store their data in storage with several copies replicated. This does not only allow people to access the platform from anywhere but, it also ensures the security of the sensitive data.

You probably know what happened to companies that sold the data of their clients or that experienced a cyberattack that stole and released that data. But, Oracle extremely focuses on the security of the data including customer isolation, detecting internal and external threats, as well as automated threat solutions.

The platform features a limited attack surface by isolating customers. There have also implemented layers and layers of defense within their firewalls and encryption, all of which can detect and hinder threats from happening. Additionally, it has one of the best security services which is probably why TikTok opted for partnering up with them.

One of the things that Oracle offers is innovation and with its open and fully built-in app development system, companies can create, deploy, and manage innovative API and mobile applications in a cost-efficient way. Additionally, it offers assistance for container and cloud-based code development.

6. It is Better That AWS And It Offers More Features

You probably know by now that Oracle allows the best performance at a cheap price, which makes it one of the best options when it comes to running databases. AWS does not RAC, data warehouses, nor transaction processions, while Oracle does offer all of these things with flexibility.

7. The Best Performance For a Lower Price

If you do some digging on the global technology market, you’ll notice that Oracle has the best performance. Workloads that are being deployed to the cloud most commonly do not require a lot of computing servers and storage volumes, hence, it basically has the capabilities of lowering the overall expenses while providing companies with the best performance possible. It can also minimize the latency and it reduced the risk of other platforms users’ impacting the entire environment and it is supported by the most complete, economically supported SLAs.

As you can see, there is a wide range of pretty good reasons why TikTok chose Oracle instead of one of the most popular companies in the world, Microsoft. Not only can they integrate innovative cloud services, but, with their services, they can help the platform as the number of users continues to grow.

The reasons mentioned above are only some of probably a dozen others that TikTok considered and decided to benefit from. After all, they had to provide additional security to their users, and with Oracle, they’ll be able to do just that, while also improving the entire infrastructure of the enterprise.

So, now that you know why the firm chose Oracle, you might not want to waste any more time. Instead, if you never used TikTok before, you might want to grab your smartphone and download it. Once you start browsing through different channels, you’ll probably end up having endless fun! 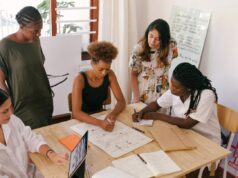 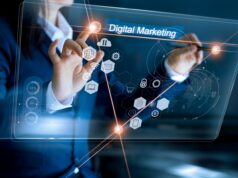 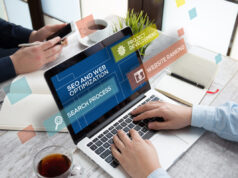 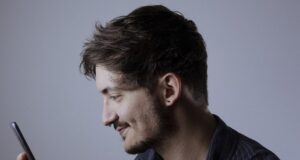