The gaming industry is one of the fastest-growing industries on the face of the planet. That isn’t because of this pandemic that keeps us locked inside, but because more and more people find solace in video games.

But the gaming industry can be improved so much more. Hence why cloud computing is the technology that makes huge strides to improve video games.

But how does it manage and what are the benefits of it?

Well, to answer this question, we’ve brought to you a guide for this 2023. So, without further ado, let’s take a look at the 7 benefits that come with the utilization of such technology.

Security is always an issue with any sort of software company. It doesn’t matter if your software is intended for the gaming industry or any other industry within IT.

What’s important is security. The biggest issue that plagues the gaming world, and nearly every multiplayer videogame, is hacking. Hackers wreak havoc on lobbies and only make things worse for the rest of us.

Cloud computing is notorious for having high-level security across the board. By implementing some of this technology into videogames, developers might make it easier to get rid of hackers and prevent all sorts of hacker attacks in the future. If you want to learn more about how you can protect your family, check out this resource.

Another great thing about cloud computing is that technology offers higher levels of cross-platform compatibility. What this means in essence is that platforms that run on cloud computing are extremely hardware-friendly. This is precisely why games can now be played on nearly every device without compromising quality.

While no one will consider the smartphone as a means to play videogames, no one can dispute the fact that smartphone-based games account for more than 53% of the total videogame global revenue. These numbers were accounted for the fiscal year 2019.

Even if a game runs on low settings on 30 fps, that would not have been possible in the past.

3. Reduces Costs Across the Board

Cloud computing offers developers a “pay as you spend” model of bandwidth usage. Before that, things weren’t as simple. Namely, a developer would have to rent extra bandwidth when new titles would arrive.

This was especially evident for multiplayer games that were launched on servers. Nowadays, cloud computing doesn’t compromise a developer’s bandwidth needs and instead offers an affordable model.

This means that companies and developers only pay for the bandwidth they consume.

This is a real game-changer for the gaming industry. Namely, cloud computing offers developers and companies the option of porting their titles onto a portable system.

Accessibility has always been an issue in the gaming industry because titles cannot be accessed without having access to the title itself. With cloud computing, all you need is to log onto the service and play the game with little to no effort.

This is a huge benefit, especially for those that travel a lot and cannot bring their PC with them nor do they have the memory to store their favorite games.

This technology offers users playing from wherever they want and on whichever device they want.

Piracy was always an issue and forever will be. Luckily, we might be able to minimize it through cloud computing.

The way games get pirated is very easy. Programmers that upload titles on torrent websites will need access to the game itself and some free time to jailbreak the safety features.

If they manage to do so, which they will in a matter of hours, then the game can be ported on torrent websites for everyone to download for free.

What cloud computing offers developers is the chance to protect their titles. How can they do that? Well, the answer is very simple. Since cloud computing doesn’t require the game to be downloaded physically onto your device, there isn’t a way how pirates can get to the game files and make certain changes to break it.

This is especially helpful for small Indy studios that don’t sell millions of copies every year.

Cloud computing services, such as consoleconnect.com, will protect your software or game from the clutches of piracy by offering high-level security.

Backend issues are capable of completely rendering any videogame client useless. These issues are also powerful enough to make the user’s experience with the game negative.

Speaking from a purely UX perspective, the damages from such issues are enough for the players to go to a competitor. While a single issue isn’t anything serious, a repeat of that very same issue certainly is.

The technology is capable of displaying all the relevant information on the screen as soon as the user logs in. Stuff such as bugs, errors, and any potential issues the client might be experiencing will be displayed for the user to see. With that comes a certain level of satisfaction that can propel the game to a higher level.

What cloud computing is also capable of is providing the user with a comprehensive library of games that the user can pick and choose what to play.

Not only that, but they can play whenever and from wherever as long as there is a stable internet connection. We discussed that this type of technology doesn’t take into account the level of hardware a user possesses.

While this isn’t anything new in the gaming industry, it is something that has seen a lot of progress in the past few years. And there hasn’t been more progress made than through the utilization of cloud computing.  According to PC Guide article that the big players in the gaming/leisure tech space are scrambling to harness the power of cloud computing.

The gaming industry is in constant need of the latest technological developments to give users a higher level of satisfaction and accessibility.

But even more so than that, hardware has always been an issue for gamers across the world. If you don’t have the necessary hardware to run games, then why would you buy a title?

This issue not only plagues the players, but it also plagues the developers. By utilizing cloud computing, the hardware issue is a thing of the past. 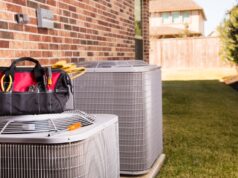 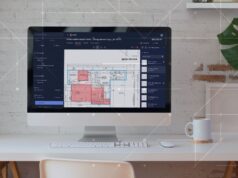 What is Digital Construction Takeoff Software? 4 Benefits for Your Business