The gaming industry is one of the biggest in the world. Today’s young generation, especially in the age group of 15-30, comprises crazy gamers who spend billions of dollars each year buying new devices, games, or online subscriptions. According to the latest estimates, the gaming industry is worth over 90 billion dollars. That’s just a single stat for you to know how lucrative this market is for the developers of the games and other people involved in it.

The video games market was always rampant throughout the 1980s and 1990s as the console manufacturers like Atari and Sega were the industry leaders. Sony’s PlayStation and Nintendo gave the market something that it was longing for, and later Microsoft’s Xbox gave them tough competition. With the advent of the Internet, it was always inevitable that gaming would benefit from it as soon as internet-based games started to emerge, and when consoles started providing support to online programming, it was the start of a new era.

Online gaming is partially or entirely dependent on the Internet. Whether you are looking to play a single-player or multiplayer game, the Internet is a primary requirement. Most players opt for multi-player as it is more exciting and challenging. Certain companies or sponsors offer cash prizes or giveaways. Even tournaments on a big scale are held regularly, and millions of players from across the globe are involved.

Several factors are involved in making a gamer play smoothly or for companies to offer games without interruption. The role of their servers is very important, so that there is no glitch. You may think that what can happen in minutes or seconds of a technical fault or delay from the server? It happens with the end-users all the time, so what’s the fuss?

Let me describe this aspect in detail for your easy understanding.

The word “gaming server” may look unusual to you, but that’s because we are not accustomed to it. By definition, it is a server which is the core source of events in a multiplayer game. These servers can transmit enough data so that the gamers, on the other end, don’t feel any lag in playing the game. Its internal state allows connected users to maintain their game without any glitch. But many gamers complain of many delays during the game, and sometimes the game hangs to the point the user isn’t able to complete a stage or the game itself.

A gaming server is not something out of this world. This notion is created in a layman’s mind as we seldom use such machines, which can act as a server too. A gaming machine can also act as a server as the processing capabilities of it are very high. On the other hand, a server can also be a gaming machine with an advanced graphics card installed.

Getting a gaming server on a shared machine or free servers could be a company’s worst decision. After everything I have mentioned above, I hope all readers understand that a dedicated server is a requirement for any company. So, even if you are a startup or a company that has just started its operations on a low scale, a gaming dedicated server is what’ll work for you. Don’t select any service provider in haste and go for the services like HostNoc that have a great track record.

Few Good Reasons for Going for a Dedicated Server

The very reputation for online gaming providers is at stake, as this can balloon into something very big and notorious. A few glitches for a company in the space of a few months, and things can go downhill for it very quickly. Nowadays, negative news about a company can go viral within no time. With thousands of online gaming websites in each country and millions worldwide, there is so much choice for online gamers. So, the margin for error for online gaming companies is virtually nil.

The Need for a Super Gaming Machine/Server for Gamers

As mentioned earlier, a gaming machine can also be a server and vice versa. But why would a gamer want a machine that is a beast in terms of configuration and performance? After all, it all depends upon the server capacity and performance of the dedicated server at the company offering the games, right? The answer is partly yes, but it is always better if you have a good gaming machine.

Think of it as having a computer or laptop for your daily use. With a configuration of 4 GB and 500 GB of hard disk, you can run all the basic operations like browse through the websites and check email on Outlook. But if you want to run specialized software like CAD, Oracle, or anyone that deals with databases or heave graphics, that 4 GB of RAM won’t be enough for you.

Nowadays, even 12 GB of RAM and 1 TB of the hard disk is not considered optimal. A gaming PC or laptop, laced with a top-end graphics card and other hardware accessories, will give a gamer the liberty to play any game without thinking of lag. While the dedicated server at the gaming company’s end is required, your PC or computer must be good enough so that nothing at your end can be instrumental in making your online gaming a bad experience.

There are many aspects like servers having 2 CPUs or increasing the number of cores, making them work effectively and extra-efficient. But the end-user doesn’t have to know every aspect, including the number of cores or other aspects. The use of exceptional motherboards and top-end processors is also not a factor for the gamers but the companies offering the online experience.

This topic is very broad, and some of my readers may think that I have omitted something or have put extra emphasis on a factor. If you think you can add something valuable to this blog or want to ask something, you are more than welcome.

For any feedback too, please use the comments section below. 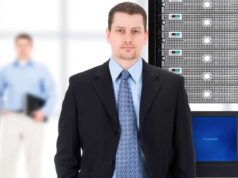 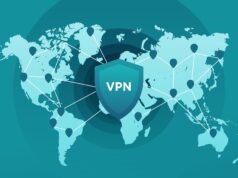