An air conditioner is a device or a system designed to control air in an enclosed space in a defined way: usually, this happens either through a heating or cooling cycle. Generally, in construction, such systems are referred to as HVAC. In the current world that we are living in, air conditioners have turned out to be everyday staple systems.

Generally, an air conditioner is very crucial in our daily endeavors, especially during the summer season. Usually, we depend on these cooling systems to control the temperatures in our homes, vehicles, offices, among others. Most of the people are only concerned about controlling the climate or rather the temperature. In fact, cooling air is the most common impact that most people know. However, air conditioners have several impacts, both positive and negative, on the environment.

Positive Impacts of Air Conditioners on the Environment

One of the most common positive impacts of air conditioners is cooling the room atmosphere. The main reason why people buy air conditioners or any other HVAC system is to control the climate in your space. Air conditioners are very effective devices that efficiently cool or control the temperatures in your room. A hot or warm environment is very uncomfortable to work or leave-in.

Air conditioners help in cooling your living or working space, thereby creating a comfortable and relaxing environment. Air conditioners consist of a cooling system referred to as the Refrigerant Cycle. This system works by transferring the warm air in your home and replacing it with cooler air. However, cooling your room atmosphere also comes in with other positive health impacts, making air conditioners more ideal.

High humidity levels in your room make the room feel hotter than it is: this means higher room temperature to your body. Also, higher humidity in your living environment causes a reduced rate of sweat evaporation, which makes you feel even warmer.

Generally, air conditioners reduce the air humidity in your home or workspace so as to enhance easy and quick cooling, as well as comfort. However, dehumidifying the air in your room also has other impacts on the environment as well as health impacts. Dehumidifying your room air helps in cooling your body temperature by enhancing sweat evaporation. This also helps in preventing heat strokes, asthmatic attacks, among other health benefits.

3. Minimize Damages in Your Home

Excess indoor humidity can cause the wood floors to warp, peeling of the paint, stains on the ceiling and walls. These damages can result in expensive repairs in your home. Also, air conditioners help in reducing the growth rate of mold spores in your house.

Higher temperatures can cause electronics to overheat. Overheating can be very sensitive to some electronic devices and can cause data loss, as well as reduced lifespan. Despite that most of these devices have an in-built cooling system, air conditioners help in preventing overheating.

Air conditioners enhance fresh air in your room. High temperature and humidity are good factors that foster the growth of molds, as well as the rate of food deterioration. These are some of the sources of bad odors in the house. By enhancing cooler temperatures and lower humidity in your home, air conditioners help in ensuring fresh air in your room.

Air conditioners are machines that are made of many different complex parts. Chlorofluorocarbons and Hydrofluorocarbons are the cooling agents present in air conditioners. When these substances are released into the atmosphere, they increase holes in the ozone layer or rather depletes the ozone layer. The Ozone layer is very important at preventing harmful rays from the sun reaching the lower atmosphere thus minimizing skin-related illnesses.

Moreover, CFCs are not only limited to their impact on the Ozone layer depletion but also global warming. The Infrared absorption bands stop heat at their wavelength from escaping from the lower atmosphere. CFCs have a strong absorption band and have been regarded as one of the root causes of global warming. HFCs displace a significant amount of oxygen from the air and in turn result in the suffocation of living organisms. HFCs are many times more potent than carbon dioxide thus contributing to the increase in greenhouse gas effect resulting in an increase in the average earth temperature.

Air conditioners need large amounts of energy to work in the right way. These machines consume a lot of electricity and in turn release pollution. Some of the energy that is produced to run the machines come from the burning of fossil fuel. As more fossil fuel is burned to meet the demand more carbon dioxide is emitted into the air and being a greenhouse gas, it results in the depletion of the ozone layer. The average air conditioner uses approximately 3000 to 5000 watts of electricity per hour. During the hot season, more power is consumed since the air conditioners will run most of the time and this poses some danger to the environment.

In the U.S, fossil fuels burnt for power as well as transportation accounts for around three-quarters of the carbon emissions. Due to the high energy consumption, the coal power plants produce 42% of the lethal mercury emissions in the U.S and also a significant amount of sulfur dioxide that results in acid rain. When fossil fuels are burnt, the composition of the ocean is changed making it more basic. This increase in acidity disrupts the food chain thus impacting the sea creatures and the coastal communities.

The old air conditioners were made of metal but later found out metallic air conditioners were too expensive and heavy. The manufacturers decided to use plastic since it was economical and lightweight. Both materials, that is, metal and plastic pose a threat to the environment but plastic is non-biodegradable which makes it even more harmful. Being non-biodegradable, plastics have accumulated to the extent of pollution. Plastics pollution has affected the oceans, lands, and waterways. About 8 million tonnes of plastics find their way into the oceans from the coastal communities. Marine organisms are harmed through entanglement in the plastic objects, exposure to the chemicals within the plastics, or complications resulting from the ingestion of plastics. Studies conducted have shown that about 90% of the seabirds have plastic debris in their bodies.

The manufacture of plastic alone is harmful since it results in the release of carbon dioxide into the atmosphere thus being a greenhouse effect gas the results are ozone layer depletion. There are suggestions that by 2050, the weight of plastics in the ocean could be greater than that of fish. Generally, air conditioners being made of plastics can be counted as a contributing factor. However, there is hope since there are air-conditioners that have emerged and are energy-saving thus minimizing the energy consumption in turn reducing pollution.

A point to note is that air conditioners not only affect the environment globally but also they do so on a small scale. The ducts that feature in air conditioners tend to accumulate dust and also host bacteria over time. Whenever the air conditioners are turned on, these bacteria and dust are released and are toxic to humans, mostly children. However, there are ductless air conditioners that major their focus on the health, environment, and safety of people. They are more durable and do a great job in the hot climates in the Middle East, America, and Asia.

In conclusion, air conditioners are great machines that help in keeping our environment cool and thus a conducive working environment. They come with many benefits but still have drawbacks linked to the environment and therefore there is a need to work on them to minimize environmental pollution. 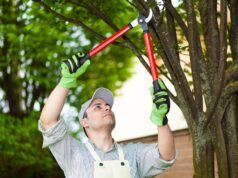 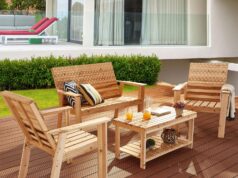 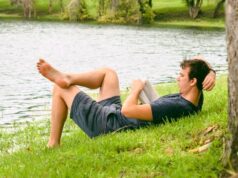 Best Books on Sustainable Living in 2022