You likely understand the importance of practicing safe driving habits. A car accident can have a devastating impact not only on your own life, but on the lives of anyone else involved in the accident.

Some ways of avoiding car accidents are obvious. You know you shouldn’t speed, drive drunk, or engage in excessively aggressive driving. However, you should be aware of the fact that there are additional steps you can take to limit your chances of being involved in an accident that you may not have known about.

The following are among the more noteworthy. Keep them in mind to ensure the safety of yourself and all others with whom you share the road.

Personal taste tends to be the main factor drivers account for when deciding on the color of a new car they’re purchasing. That’s natural. Still, it’s worth noting that choosing the right color vehicle can actually play a significant role in your chances of being involved in a car accident.

Some vehicles are more accident-prone due to their paint jobs. That may sound strange at first. However, when you begin to think about it in greater detail, it actually makes perfect sense.

For example, black vehicles tend to be involved in accidents at higher rates than vehicles of any other color. This is because dark vehicles are more difficult to spot. During the day, a black car can blend in with the road in busy traffic conditions.

Whether green or red vehicles are easy to spot can depend on where you’re driving. In a wooded or rural area, a green car can blend in with its surroundings. In an area where traffic is heavy, red cars are sometimes overlooked because they may blend in with traffic signals, police siren lights, and other common elements of busy roads.

Orange and yellow vehicles have been found to be safer than almost all others. However, the least accident-prone vehicles are white. Unless you’re driving in snowy conditions, a white vehicle will usually be fairly easy to spot.

We frequently emphasize to drivers the importance of never driving while under the influence of drugs and/or alcohol because it’s a genuinely essential point to remember. Driving while intoxicated dramatically increases your chances of causing an accident.

The problem is, when we place so much emphasis on the importance of avoiding intoxicated driving, we can sometimes inadvertently downplay other forms of dangerous driving that can be equally risky. Driving while drowsy is one example.

Researchers have learned that, in terms of impairment, being sleep-deprived is often the same as being drunk. If you drive without having had proper rest, you may be engaging in a behavior that’s no less dangerous than drunk driving.

Pull off the road and find a place to rest if you ever feel yourself getting tired behind the wheel. Many people who have been in accidents after falling asleep while driving later report that they didn’t realize they were tired enough to doze off. Just because you don’t think you’re tired enough to fall asleep doesn’t mean you are correct.

Additionally, if you’re driving while tired, there’s a good chance you’re driving at night. It’s best to avoid doing this whenever possible. While it’s sometimes unavoidably necessary to drive after dark, you should be aware of the fact that your risk of being in an accident on the road is substantially greater at night than it is during the day.

This is a tip that some drivers consider to be obvious. However, it earns a spot on this list because it’s one that many other drivers overlook when considering how they can improve their safety during road trips.

For various reasons, in any given area, some intersections and roads are more likely to be the sites of accidents than others. Factors that influence how often accidents may occur in a particular location include traffic density, road design, the number of pedestrians nearby, and more.

Research the roads and intersections in your area where accidents are most common. When planning to drive in areas you’re less familiar with, research the most dangerous intersections and roads in those regions. Most states and counties collect information related to this topic.

To the best of your ability, make a point of not driving in these areas when you can plan other routes. Adding a few extra minutes to your trip may seem inconvenient, but it’s much better than being injured in an accident.

All that said, it’s important to be prepared by knowing what steps you should take in the aftermath of a collision. You may practice safe driving habits, but you can’t necessarily prevent others from causing accidents. Your main goal is to check yourself for injuries and promptly move to a safe spot away from traffic after being involved in an accident.

See a doctor right away as soon as the police officer allows you to leave. You must do this even when you don’t think you’ve been injured. Finally, consider meeting with a personal injury attorney. You might be entitled to compensation for such losses as medical bills and lost wages after an accident. A lawyer can review your case and let you know your legal options. Click here to learn more about this topic. 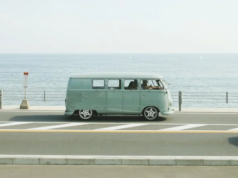 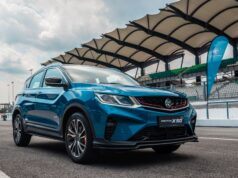 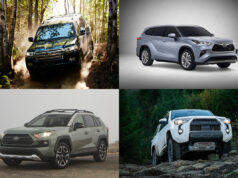 Top 5 Toyota Models That are Perfect For Families