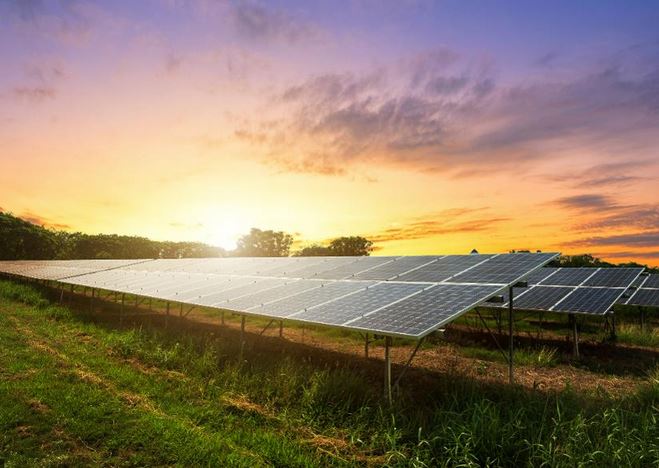 In the early days of wind and solar energy, investors were unwilling to put up large amounts of capital into an unfamiliar sector. However, the lack of capital would never let the solar and wind energy industries become established. As a result, government incentives and subsidies were required to get wind and solar to the stage of development there are in the modern era. The incentives provided by governments helped produce a wave of financing for the wind and solar sectors that allowed it to create an energy producing system for homes and small businesses.

While the power of the wind is invariably free, the infrastructure used to extract that power and convert it into electricity is not. There are inherent challenges with the return on investment of wind power technology. On a general note, a modern wind turbine costs around $3 million to build and install. A wind farm which consists of 3-400 wind turbines can generate approximately 800 megawatts electric and the total cost of it arises to just over $1 billion. These costs must eventually be recovered from taxpayers and electricity-using customers.

The disadvantages of wind are these. Wind must compete with other conventional forms of energy on a cost basis and may not be the cheapest. Even though the cost of wind power has decreased dramatically over the last ten years; the technology requires a higher initial investment than a fossil fuel plant.

The major challenge to wind is that it is not always blowing when we need electricity and the output depends on wind speed. Also, good winds are usually out in remote areas. Far away from the cities that need the electricity. Wind plants can also be noisy, but much less than a fossil fuel plant. Currently windmills are only 30 – 40 % efficient.

Government policy makers understand the potential renewable energy has for the climate and for cost-effective electricity production. However, they are also aware of the upfront costs and prolonged return on investment that comes with renewable energy production. Therefore, governments must provide incentives to increase the demand for renewable energy and lower the costs for those helping build the infrastructure. Governments can do this through two main methods: command and control vs. market mechanisms.

Command and control are essentially direct subsidization or tax rate reductions In Europe, this has taken form of what is known as feed-in tariffs which are government contracts for renewable energy producers to sell the electricity at a higher cost than the prevailing rate in the market. This does result in higher electricity costs but acts as a cost-reduction strategy for the producers. It also benefits developers because the long-term contracts ensure that there will be a steady source of revenue for the return on investment.

The alternative to feed-in tariffs are tax credits which are deductions in the tax rate developers can receive on the income they produce from renewable energy production.

Market mechanisms are another tool used by governments to promote the development of renewable energy plants. The procedure involves the establishment of incentive programs such as auctions. An auction is a request for proposal, or a tender issued to supply renewable energy to the government for the lowest possible price. Developers can bid on the auction and receive a long-term contract at a fixed price. Auctions have proven successful in many countries like India, Mexico, and even Germany where costs of electricity production from renewables are kept to a minimum.

Project financing is the main method used to finance the development of solar and wind energy infrastructure. Project finance is a financing method that has been used for hundreds of years with considerable success. In the last century, project finance contributed to the development of roads, railways, and canals. The types of projects financed are large and generate enough cashflow to repay investors over a period of time. Within the project financing, a deal is struck known as a power purchase agreement where the utility buying the electricity commits to pay a fixed price for a fixed amount of electricity. It also helps that it is relatively easy to predict the amount of power solar and wind can generate because of the consistency of sunshine and winds available. The average span of a solar or wind project is around 25 or more years which involves very little maintenance or operating costs. As a result, lenders are more willing to put up capital to finance a project because they are more confident, they will make their money back over the life of the project.

Low cost of capital is an important factor in determining the success of wind or solar energy. The levelized cost of energy (LCOE ) is always sensitive to the total amount of capital required to setup the infrastructure so that it can produce electricity. While the project finance model has been very successful at raising capital in the hundreds of billions of dollars, some investors have been turned-away by the low interest rates. 2-4 percent is the average return investors are likely to obtain from financing a large-scale solar or wind utility project. Project financing can also be difficult to perform because of the heavy documentation and negotiations that often come of as a result. Smaller scale projects valued under $100 million also take a backseat with the project finance model. However, there are alternatives available.

Solar leasing is much like a market mechanism but at the individual home-level. Solar leasing is when a developer finances the cost of installing and maintain a home solar power system in return for a fixed price of electricity generation. In other words, the homeowner agrees to buy solar electricity from the lessor at a fixed price indefinitely but does not have to bear any of the initial setup costs. A variation of the solar lease model in developing countries is known as the pay-as-you-go model. It allows customers to finance the cost of setting up a solar power system. In developing countries, the pay-as-you-go model has led to a significant reduction in wood and kerosene burning.

In order to reduce the cost of renewable energy, convergence must occur. To explain, winds used to facilitate windmills are highest during the night. However, the peak load time for electricity occurs during the day. As a result, the way convergence would work in this scenario is that a method must be used to store the wind power for when it is most needed. In this situation, a pumped storage hydro system would be the solution. Pumped storage hydro is a reliable method of storing and dispatching electricity during peak load times. To find further information on such a system, we highly recommend you read how electricity is generated.

Since the mainstream transition to renewable energy systems, there has been a steep decline in the demand and prices of coal. Nearly half of the coal-mining companies in the United States have sough bankruptcy protection. It should not be the case where utilities look for renewable energy sources only after using up all the fossil fuel resources. The economic consequences of utilities maintaining their fossil fuels such as natural gas, and coal are higher prices for consumers and as a result electricity customer turn-around and install solar panels for their own power-production. This is commonly known as the utility death spiral.

The oil industry is also poised to see an economic decline as the transition to electric-powered vehicles grows. For example, Saudi Arabia which is the world’s largest oil producer has set out plans to sell shares of its Aramco oil company. Many skeptics wonder whether this is an attempt to reap the financial benefits before the oil industry becomes obsolete.

A positive influence of the development of renewable energy is the growth in employment opportunities. It is a general known fact that more than twice as much workers are employed in the solar industry than the coal industry. China aims to support 13 million jobs by 2022 with its renewable energy sector. Remember, the much of the natural gas and coal industries are reliant upon transportation of these fuels from their originating location to the service point. However, renewable energy can be supported locally which eliminates the use of non-renewable fossil fuels at an exponential level. 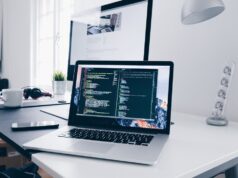 NVM Error: nvm is not compatible with the npm config “prefix” option

Can Ink Cartridges be Recycled? 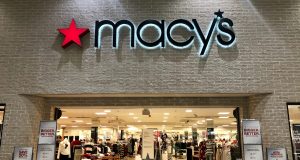 5 Reasons Why Shopping At Macy’s Will Never Go Out of...

Hanan McGill 0
You're probably familiar with Macy's if you're interested in shopping in high-end stores for lower prices. They've been around for ages, and their store...