Home and tips What’s the Cheapest Way to Move Your Stuff Long Distance?

Moving is always a major hassle no matter where you are moving to. The added issue of moving is the cost it incurs on our budget. Depending on the number of items we pack, the cost can be extremely high. There’s also the added possibility of items breaking and thus incurring more costs to be covered throughout the entire moving experience. Overall, it’s a rather stressful time that we should aim to make as stress-free as possible. That’s why we will be looking into some simple and cheap moving options today.

You Can Move by Yourself

The simplest but most work-intensive way of cutting costs is to move by yourself. If you are dedicated enough to do everything yourself, you are removing the variable that is the cost of labor from the whole equation. Usually, this is where most cash goes to. After all, people who do the move need to be compensated for their time and effort which leads to higher costs.

Now, the costs that remain are still something to consider. You’ll need to rent a truck big enough to transport your items. Don’t make a mistake by getting a cheaper truck, having extra space is better than lacking some. With that extra space, it’s possible to maneuver fragile items and make them less prone to breaking.

Trips are unpredictable so reinforcing the safety of everything within the truck is key. The truck rental is also something that will take extra time as scouting for the best one to use can be more troublesome than you’d assume at first. Make sure to take that into account before committing to a DIY move.

The cost of gas is another thing to keep in mind. Knowing how much the truck spends and how far away the trip is can help you budget gas money better. It can also affect the choice of trucks in the first place, aiming to fetch ones that don’t spend as much while still providing the same amount of space.

With the rise in gas prices, this becomes even more important to consider as the overall cost of moving can go significantly up with just a few bumps in price. Long trips could also be ill-advised so picking your time and lowest cost drive is important.

Mix and Match Your Move

You needn’t do everything alone if you don’t have the time. While going full DIY will save you a ton of money, dropping some cash for assistance is a good pick too.

Most moving companies will often offer a segmented list of services. While you can get them to store, pack, and load all of your items you could also get just the moving services. This goes double if you are moving out of state as this can be even more pricey.

For more information, we suggest checking businesses such as https://gpsmoving.com/

Cut Off Items That Clutter Your Home

Just about any family accumulates a ton of items that are overall useless or rarely utilized. This can be anything from various types of clothes we’ve grown out of or tools we assumed would be more frequently used. Regardless of the type of item, it’s smart to get it out of our home before moving.

That way the overall capacity we require for a move will significantly go down. Old furniture can especially thicken the cost of transport when moving. A single large couch that’s at the tail end of its lifespan could take up a ton of space in a moving truck. That same space could be better used for other items while the old couch could be replaced with a new one after the move, or simply not get replaced due to being superfluous.

Donating items is a good way to go with old clothes and more useful items like that. Throwing all the items out can feel like a waste so donating them is always the better choice. That way, people who could use them will get what they need and you’ll get a cheaper move. It’s not rare to have entire wardrobes of healthy, old clothes that could be given away in this manner. If you have items that maintain value or aren’t well suited for donating consider having a garage sale.

Garage sales are a good way to quicken the process of removing all the items you don’t need from the home while earning you a few bucks. Tools and miscellaneous collectibles lend themselves perfectly for this type of sale. The overall experience should provide you with a quick and easy way to get rid of all these items.

It will take some time to sift through and get rid of the items but the space saved is worth it. With only a bit of extra work, your savings could go up by quite a bit.

You may not know this but the cost of relocating can go down by quite a bit depending on the date you pick. There are more popular dates for it and some less popular ones. Usually, two periods are the most packed with moves.

Firstly, any weekend is guaranteed to be busy. After all, people wish to move during days they don’t have work on and those days will almost ubiquitously be weekend days. Hitting the move during those two days means paying more due to the amount of work the moving services will have then.

The start of each month and the end of them are most definitely going to be packed. People would rather not move in the middle of a month due to a few reasons. Often, the beginning of the month move is done due to the immediate ability to pay moving companies off with recent paychecks. The end-of-the-month situation is usually similar. Those who have saved up money for the move will probably still orient themselves towards these dates as they seem like the more fitting ones to use.

Any warmer months are also a given for moving. The best time to move for cheaper is the period between October and April. After all, these months are usually colder and less enticing for moving. 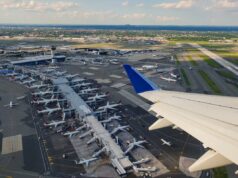 New York Airports Guidelines 2023: How To Get from The Airport to The City Fast 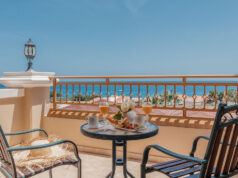 Tips for Selecting Family Suite with a Sea View 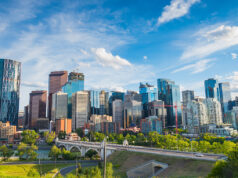 What Are the Best Neighborhoods in Calgary?