The increase in manufacturing has led to a wide array of disposable products and in turn created a society that generates excessive amounts of waste. Waste disposal is the removal and storage or destruction of unwanted products and substances. There are both traditional and newer, sustainable methods of waste disposal and each method has its own set of economic, environmental, political, and social advantages and disadvantages. Traditional and newer sustainable methods of waste disposal each have respective resource management viewpoints. This research paper will assess many of these waste disposal methods which include landfills, recycling, carbon burial, and incineration. 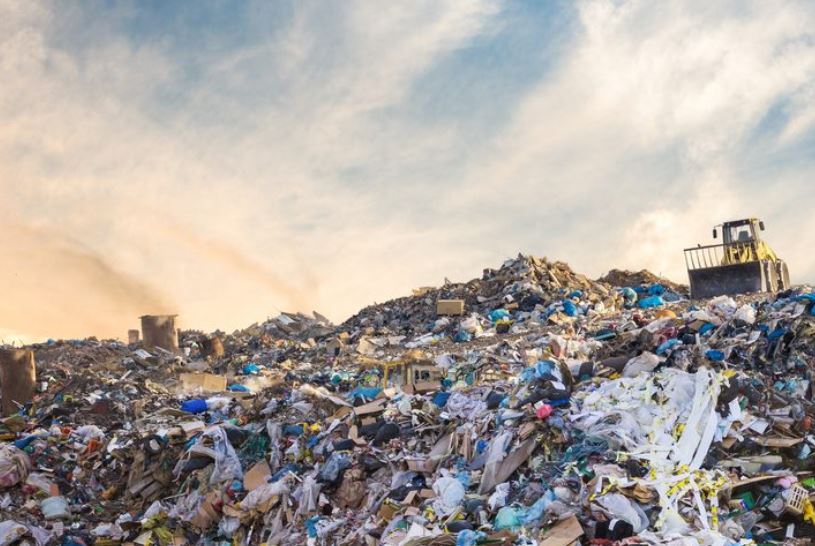 Traditional methods of waste disposal have economic, environmental, political, social advantages and disadvantages as well as a major resource management point of view. Traditional waste disposal methods include landfills, dumping of sewage into bodies of water, recycling, and composting. Landfills are the most prevalently used methods of waste disposal. Landfills are areas of land on which solid waste is deposited (see figure 1). The process of establishing a landfill involves removing vegetation and topsoil, excavating water run-off channels, assembling an impermeable synthetic liner, disposing waste, and recovering of garbage with soil. The impermeable synthetic liner protects the surrounding environment by blocking infiltration of toxic waste or chemicals into nearby streams or underground aquifers. An economic challenge presented with landfills is the cost of trucking waste.

Another waste disposal method is dumping sewage waste into ocean, lakes, rivers, and streams. This method of waste disposal commonly occurs in scenarios including homes which have septic tanks, storm drains, and large urban centers which dump sewage into oceans. Sewage waste that enters into bodies of water has harmful environmental, political, and social effects. Storm drains carry pesticides, herbicides, leaking oil from vehicles, and phosphates from car wash products into lakes and oceans. As a result, harmful chemicals such as nitrogen enter the oceans in excess amounts, depriving marine life from oxygen and resulting in eutrophication (see figure 2). A political disadvantage caused by dumping of sewage waste in large urban centers such as New York is the criticism received from environmentalists. A social disadvantage derived from disposal of sewage water into nearby water streams is the associated health risks. For example, high organic content of untreated sewage waste that is released into waterways leads to contamination of food and water supplies and creates levels of toxins that are not healthy to people.

Moreover, recycling is a traditional method of waste management that has been used for centuries. Recycling is the process of converting disposed waste into reusable material. An environmental advantage to recycling is the ability to reuse materials repeatedly which reduces overall waste. For example, newspapers are printed with 100% recycled paper.  Furthermore, composting is a traditional waste disposal method that involves mixing of organic waste. The organic waste decomposes and can be used as a natural fertilizer to improve soil structure and provide nutrients. Accordingly to the preceding information, it can be observed that the major resource management view associated with traditional waste disposal methods is concerned with finding economical activities and actions needed to manage waste from its collection to disposal. In conclusion, traditional methods of waste disposal aim to achieve an economical method of managing waste, but in the process create many adverse environmental affects that calls for greater sustainability.

Sustainability is beginning to be incorporated into the resource management outlook of the waste disposal industry as new methods are producing a variety of economic, environmental, political, and social effects. New or sustainable methods of waste disposal include carbon burial, incineration, and more strategic packaging of products. Carbon burial is a method of disposing carbon dioxide gases in areas other than the atmosphere. While carbon burial technology is not new, its use as a waste disposal method is. For instance, Norways StatiolHydro buries close to one million tonnes of liquefied carbon dioxide in saline aquifers every year. Researchers at the Massachusetts Institute of Technology discovered enough capacity in deep saline aquifers to store at least 100 years of carbon dioxide from the coal-powered plants of the United States. However, carbon burial can cause negative environmental and social effects. For instance, tectonic activity can lead to large amounts of carbon dioxide to leak to the surface, polluting the atmosphere, and causing loss of life. Incineration is another waste disposal method that has been noted for its ability to produce a renewable energy source from solid waste. Waste-to-energy incineration involves the combustion of solid waste to generate energy such as steam, electricity, or fuel. Converting waste to energy can provide many economic benefits because incinerator facilities can provide jobs and an energy source which can be sold For example, the Covanta waste-to-energy incinerator in Burnaby, BC converts 250,000 tonnes of garbage into 800,000 tonnes of steam energy which is sold to a nearby recycling facility.

An economical advantage to using waste-to-energy incineration is less space is required as opposed to landfills. For instance, the Cache Creek landfill in Metro Vancouver spans 118 acres as opposed to the Burnaby incinerator which covers only 5 acres.  A political advantage to waste-to-energy incineration is that it enables municipal governments to send less waste to landfills. Furthermore, strategic packaging of products which minimizes the amount of material used is a key method that assists in increasing sustainability. This method that uses a more preventative approach to waste management has economic, environmental, political, and social advantages. For example, the amount of waste production can be cut down while lowering costs for companies and generating less pollution. Politically, governments can utilize regulations to impose restrictions on excess packaging. Consumers can reduce their footprints by buying products with less packaging. As a result, it is evident the major resource management view associated with new and sustainable waste disposal methods is concerned with investing in cleaner technologies, respecting the environment, and using prevention as a waste management strategy. In conclusion, sustainable waste disposal methods are helping the waste disposal industry establish and implement a long-term strategy which produces the most benefits.

All things considered, it is evident both traditional methods and newer methods which are considered sustainable both make for feasible waste disposal options. Waste managers can utilize a combination of waste disposal methods to achieve resource management outlooks. This way, natural resources can be conserved and waste can be disposed in a manner that maximizes economic, environmental, political, and social advantages. 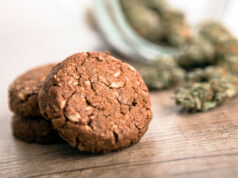 How to Get Started With Your Edibles Online Shopping 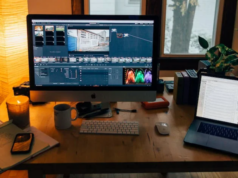 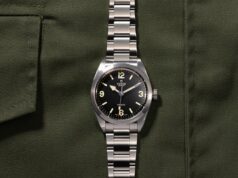